So Ireland arrived to take on Samoa at the end of a rollercoaster of a set of group games. More ups and downs than Twin Peaks.

Going in again we had the issue of some wanting a win with a performance a distant second and combinations of same. Against Russia a lot of pundits / fans / supporters wanted a bonus point and didn’t worry about the performance, when we didn’t get the performance they completely changed their minds. Would the same be the case against Samoa?

Luckily for all, the performance was a (nother) step in the right direction, robust, confident, secure and with pieces of heads up inventive rugby. So it ticked all boxes.

Finishing 47-5 with scores dotted all along the timeline, Ireland continued the strong start for most of the game. The middle third fallout that appeared against Russia was down to a 7 minute spell of slightly off the boil rugby. Samoa continued to shoot themselves in the foot, but they were also forced into bad decisions which was a good sign for Ireland. The only negative was the red for Bundee, a correct decision from a really good refereeing team on the day. Cant argue the call, just gutted for our Bundee.

So let’s look at the stats. 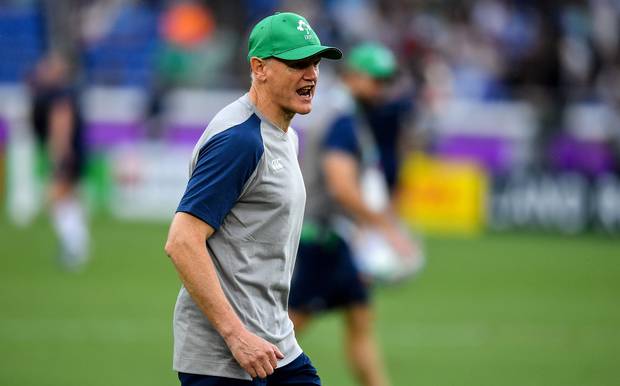 Ireland had 9 players in big double figures for metres run. Larmour in the mid 60’s was highest by far, but a lot of gas in the back row boots with JVDF near the top of the metres run board. Samoa had missed tackles all over the pitch which shows that while you might hear something different, Ireland attempted to attack from various areas. Don’t believe the hype of 1 up runners, that was only part of the story. JVDF led the way with 10 tackles only 1 miss. The next closest was 5 (Henderson) and then 7 players on 3 misses.

So it was a really positive and important day at the office for Ireland but what does that mean?

It appears to be a well-rested New Zealand side to face the green machine next. To be the man you gotta beat the man, anytime you get to play the world champions at anything is a good day. Certainly there is zero fear of that black jersey, so let’s get the team rested, fed and ready to go next week.

In the meantime, what are the words to Flower of Scotland? I will be singing that tomorrow when the Scots take on Japan.