So we approach the end of the club season. The champion’s cup has been and gone and we are left with the final of the Guinness Pro 14 between Leinster and Glasgow. Much like the Heineken cup, the best 2 teams in the league are left to battle it out for the trophy, which is a regular occurrence in rugby. There are very few fluke wins in knockout rugby. There are no Watford’s here in this competition.

So the teams have yet to be named, rumours are rife of selection worries on both sides but let’s have a look at my favourite parts of the game. Stats and psychology. Both of these things are massively important, especially in a final. In a league game, you can navigate it without any real form. For example Munster has bucked the trend over the years against Toulon last year being the example. Going in they weren’t expected to get close to winning, but for 1 day they navigated it and magic appeared and won. That can’t be counted on regularly but it can happen.

The 2 teams in the final don’t need to depend on magic.

This is the beauty of this final. Much like the champions cup final, this will be too close to call. 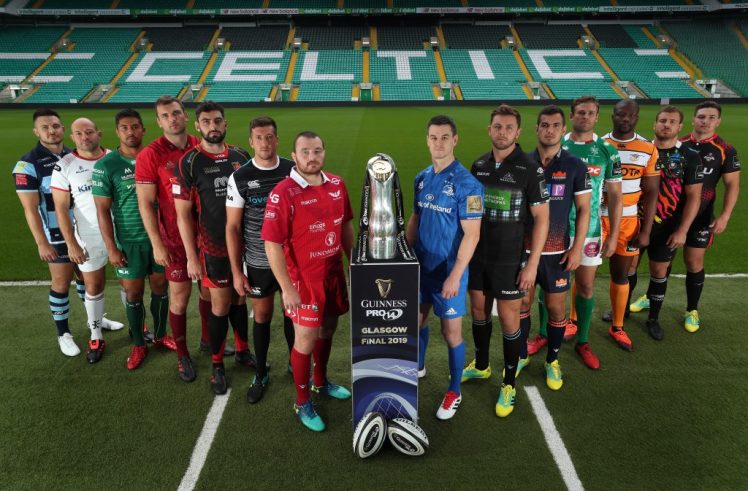 In the head to head, it is all Glasgow. Leinster has 1 win in 5 and that was only by 1 point. Glasgow’s lowest winning margin is 6 points. Yes there are circumstances surrounding a few of those games, but at the end of the day, a win is a win. That is a bonus for Glasgow. Glasgow have 1 loss in 5 (to Saracens in March) so they are rolling well. The Sarries game was not their best day and they were demolished on the day. Leinster weren’t demolished against Saracens, but they were strangled so that is a level game.

In the semi-finals, Glasgow beat Ulster by 30 points. Completely shut them out. Ran over 100 more metres, had more ball, they forced the same amount of tackles out of Ulster as Ulster did of them at 150 (interesting stat, for all that ball and metres, they didn’t force more out of Ulster), they conceded more penalties than Ulster at 9 and conceded 16 turnovers.

So by those stats, they couldn’t take advantage of all of that ball and runs. But still won by 30 points.

Leinster beat Munster in the semis 24-9 and where good value for that. Munster showed up and worked hard, but had fewer ideas than me on deb’s night. Leinster ran for more metres, but had less possession and territory. This was their way of showing the strength in defence, not something to be done in the final. They had to make 30 more tackles, but where never in any danger. Leinster forced 13 penalties out of Munster and kept their own penalty count well below double figures. So the discipline was massive.

So as you can see both semi-finals where interesting. Glasgow had ball but didn’t force enough out of Ulster but still won by 30 points. Leinster coasted past the old enemy strangled them and forced penalties out of them. Something that Glasgow has had issues with this year too.

This one will be close. Team selection depending, there is only 1 score in this. Who wants it more?