I sit in my office chair slightly emotional. The club season is nearly over. The blue jersey is in need of its annual wash and to be put away for a few months in exchange for the retro green jersey. It has been a season of ups and downs for Leinster, so how will they finish?

Some people will talk in more detail about stats and formations but my favourite part of the game is the psychological aspect. How would each team approach the game, what will they have on their mind and how will they play with the pressure their minds are putting on them.

Which brings us to this coming weekend. The Guinness Pro 14 Semi Final. Leinster welcomes the other red enemy of Munster. A team that has had their own issues over the years, a team constantly in transition with coaches etc. and a team facing more of the same off the pitch and how will that affect them on the pitch? Leinster on the other hand comes off a really enjoyable, tough and aggressive game against Saracens in the Champions Cup final last Saturday. They come in off a loss, how will that affect them?

So let’s start with our Munster cousins. In the head to head against Leinster they are 1 win from 5. They lost the semi-final last year by 1 point. But their run of form is good if you look at just the score lines. 1 loss in 5 as opposed to Leinster 3 losses in 5. The only similar opposition being Saracens. We will compare the 2 provinces taking on the English giants below. But as for form. Munster hasn’t been working as they should. A defence that is working quite well is being depended on right now. All you have to do is look at the last time these sides met. Leinster forced Munster into having to make 168 tackles; they made 150 of them on the day. Munster only squeezed 99 out of Leinster who made 91. Against Saracens, Munster forced 132 tackles to be made of Saracens (completed 119), whereas they were asked to jump into tackles 201 times. So this shows that they depend on the defence. The team is asking a massive amount of work of itself. You can see later in the season they are going slightly off the boil. Against Benetton in the quarter finals, they won by 2 points with a 77 minute long range penalty. Again the opposition had more ball, had more possession and territory along with allowing them to run more and play more. 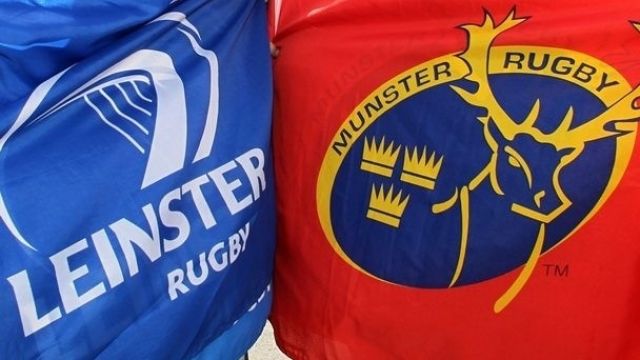 So how does this sit in their minds? Knowing that the defence has been keeping them going this year? Knowing that it is the end of the season and the legs might be 1% heavier? Knowing that this is another semi-final, and another opportunity to lose in the semi-final. I believe it has gotten to that point, the point where if Munster cannot break the semi-final duck it will be a long time before they do. The years of coaching upheaval, of waiting for a coach to put “his stamp” on the team has cost them when it counts. If we are honest we all love the old Munster. Regardless of the coach or off field hassles, in the times of Woody / O’Connell etc. they would be there until the end whether their bodies would allow them to be or not. This team is not that team. And they know it. Munster knows magic is needed. Earls and Conway are always magic. The rest of the team is very consistent. They know that without those 2 players and Carberry this will be a long day.

Imagine knowing that as you take the pitch on Saturday

Which brings us to Leinster. A team who started the season on a high, who stuttered a bit after the 6 Nations (that we shall not mention) and who bounced back with the resilience of some of the plastic surgery I saw last time I walked through Ballsbridge (you are fooling no one ladies…..and fellas).

The recent slump hasn’t been all doom and gloom. Over 58 players have worn the blue jersey this year which is future planning at its finest. Hugh O’Sullivan was on the bench against Saracens and Max Deegan has been playing like a 50 capper. Leo and Stuart have been cross eyed coaches. 1 eye on the here and now, 1 eye on the future and have been able to balance that while being relatively ok with taking a few losses along the way. The system works all around, not depending on 1 part. In terms of players, Leinster is a different team with Sexton and McGrath starting. That is not a slight on anyone else, it is just with experience comes experience. That is needed this weekend.

In the form guide Leinster are 1 win in 5 with 1 draw and 3 losses. That looks revolting on paper but if you look at the games themselves, once the Glasgow game arrived the malaise was lifted. A 27 all draw against Benetton wasn’t their finest day. But Glasgow arrived to face some returning faces. The game plan of Leinster-jitzu began to come back and the positivity returned ahead of the strangling of Toulouse. So the trajectory is going up is what I am saying. A loss in a close final is no worry. It is a gutting experience losing a final at any level, but you need some heartbreak to keep you hungry. A lot of people only go to the gym after they have been dumped by the love of their life. And while that loss in the final hurt, there was no arguing with the result and there were still a lot of positives. Leinster had more possession, forced Saracens into more tackles, operated a top notch set piece, and kept the penalty count to 6. The big issue Irish provinces have had this season is the turnovers conceded. Leinster had 17 against Saracens, Munster had 11.

So Leinster can look around the changing room knowing the team is working well. The game plans are working well, and the team can peak when they want to peak and that is important. Munster will depend on magic, and magic that is on the wings of that team. But Leinster doesn’t need magic.

Munster may depend on meeting a wounded Leinster on Saturday, but they won’t find a wounded animal. They will find an emotionless team working through the plan. Munster will work mostly off emotion, staying in the game and hoping for magic. It can be there, but it can’t be counted on. The plan can always be counted on.

Both teams have different psychological battles to fight on Saturday. Whoever can conquer those battles first will win. When the teams are announced you will see who has the bigger mountain to climb.