It was business time in the final round of the group stages of the Champions Cup. And you know when its business time, I am wearing my business socks!

Leinster traveled to Coventry to take on a Wasps side that really needs something. A team that has players, have talent but are so far away from their European best that they scare no one. Leinster rolled in needing a win to get a home quarter final, and a bonus point to guarantee same.

The game finished 37-19, Leinster had a good first half and a pedestrian second half that allowed the scoreboard to flatter the home side a bit much. Starting with the stats: 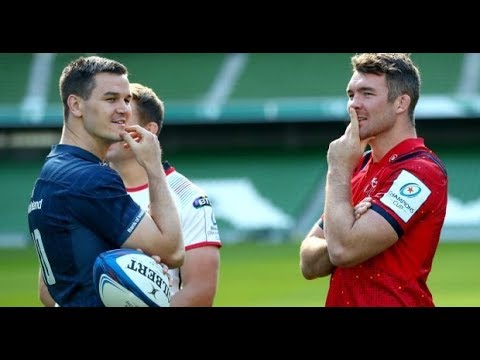 So looking at that it looked like a near normal day at the office. The one glaring issue is the missed tackles count at 18. That would balance out with the confession of only 3 penalties. But against a top team that missed tackle number needs to come down a bit. A lot of that came in the second half when Leinster sat back and allowed Wasps play ball. Wasps looked good in the second half, played without fear and without anything to lose. In fairness they looked good, but it has to be spotted that they were allowed to play. In the first half they were not allowed, they were strangled and Leinster squashed them.

Other teams may look at that second half as a flicker of hope if they come up against Leinster, Ulster will be looking at that ahead of their trip to Dublin in the quarters, but they also have to know that Leinster are rolling at their confident best. Toulouse where happy to sit on 3 tries and go to Paris to play Racing instead of scoring a bonus point and coming to Dublin.

Speaking of Ulster, the turnaround has been fantastic! They really have stood up. They went to Leicester who are looking for anything to hang their hopes on. Ulster showed up looking to take another step ahead of schedule. With the retirees, the firings of CEO’s (or did he walk, cough cough) and off the field issues last year, Ulster did great summer business, brought in a great coach and looked to circle the wagons and get together as a team in the face of adversity. It appeared early that they had a long term plan, as we sit on Monday morning in January, they are ahead of schedule with big wins and the chance to get out of the group. A fantastic story.

So would they do it?

It finished with a 1-point win to the Ulstermen. The scoreboard says 1 thing, but what do the numbers say?

Ulster had 54% possession for 53% territory, ran for nearly 100 metres less than the home side at 357, conceded 18 turnovers to 15, missed 22 of 140 tackles for 5 penalties, gained 29 metres from the maul in comparison to 1 metre gained by Leicester. They won 6 turnovers in comparison to 11 from Leicester.

The pressure was on, they had an opportunity to get out of a group of death and they did that. So what is their reward? A Brexit trip south of the border. A great day in store for all.

Munster played Exeter in a scrap filled with missed tackles, penalties and turnovers. Exeter are annoyed at how their European season has gone, Munster come in with the complete opposite mind-set. It finished 9-7 to Munster.

So if you look at the above numbers and the score line it shows that Munster won ugly in a game they probably didn’t deserve to win. But we all know in sport you don’t get what you deserve, you get what you work for and that is key for Munster. Their pack once again kept them in the game, got them going forward and got them on the right end of the game. They now know that when the game gets ugly, they can perform. Exeter are no joke, and they came for the scalp, but they left with nothing.

With the win, they go to Edinburgh in the quarters. A team that will fancy their chances, but you can never count out Munster. Another great day in store.

We finish with Connacht’s trip to Bordeaux in the final round of the challenge cup. Much like Ulster, Connacht are ahead of schedule with a smart summers signings/recent loan signing and a coach who understand what Connacht is all about. They left France with a 33-27 win and qualify for the quarter finals level with Sale Sharks in their pool. Ironically (in an Alanis morisette kind of way) they play Sale in the quarter finals.

So the numbers look good all around, the confidence is building out west and they have nothing to fear with a quarter final against Sale. If they can keep their players fit, we are looking at a great cup run for Connacht.

Another great week for the Irish in Europe, as we approach the time we get to put on the green jersey and be friends again, we can celebrate our provinces for another couple of weeks.