Leinster made their way to Downton Abbey in Bath to play a Bath side who haven’t frightened anyone so far this year. They were welcoming back the international players and expected a good performance and a decent points haul.

A mark of a great team is winning ugly, winning while rust and winning in the face of an opposition who were looking to take the champions down a step or 2. This is something Leinster (and New Zealand for E.g.) face every single time they take the pitch. This is another piece of pressure than Leinster have to get used to facing on a weekly basis, all while managing players back into the system.

The game finished 17-10. It appeared to be a game of 2 halves, but the stats don’t tell that story. 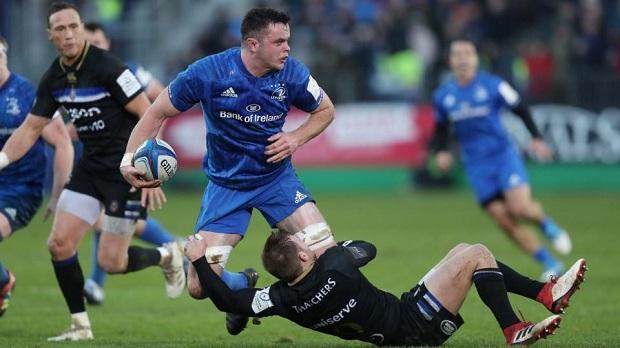 Let’s look at the stats:

So as you can see it was not a vintage blue performance. But they still won. It was not Leinster operating at their optimum, but they still won. That is a massive positive to come out of the game. Bath played well and with an intensity that they cannot provide every week. They just don’t have it in them to do that every week, Leinster where rusty and underperforming. Bath cannot put in that shift next week in the Aviva, Leinster have only one way to go, and that is up.

Leinster will start like a team of cannibals who haven’t been fed for a week. A message needs to be sent next Saturday.

Finishing up with the flag debacle. Or flag-gate as it is known. Bath did their fire safety test on the flags, they poured water on them, hit each other with them and set them on fire. Apparently they are flammable, especially after pouring petrol on them. Mind games from Bath, which is comedic but good to see teams playing mind games. All important part of the game.

We welcome Bath next week and it is going to be some scrap. Leinster to put a big performance and big points haul in.

But the beauty of sport is that everything works, until it doesn’t. Pressure on the champs to perform.