Don’t forget to listen to The Couch Pundit Podcast

So we sit here on the Monday morning after the last round of pre-European inter provincial games. The usual partial reviews of the game are flying around social media so I was going to try and review the proceedings with the blue shirt in the washing machine.

This was my first trip to the Aviva of the season and I always love the place. It took time but I really think it has become a rugby fortress for Leinster and Ireland. I was sitting in the south upper stand, great view of the entire game and some decent banter. Not a lot of Munster support around us and they were quiet for the most part, which is a pit. The price of Guinness has gone up again which is beyond upsetting too, but apparently the good times are back and someone has more money in their pockets, not me though. 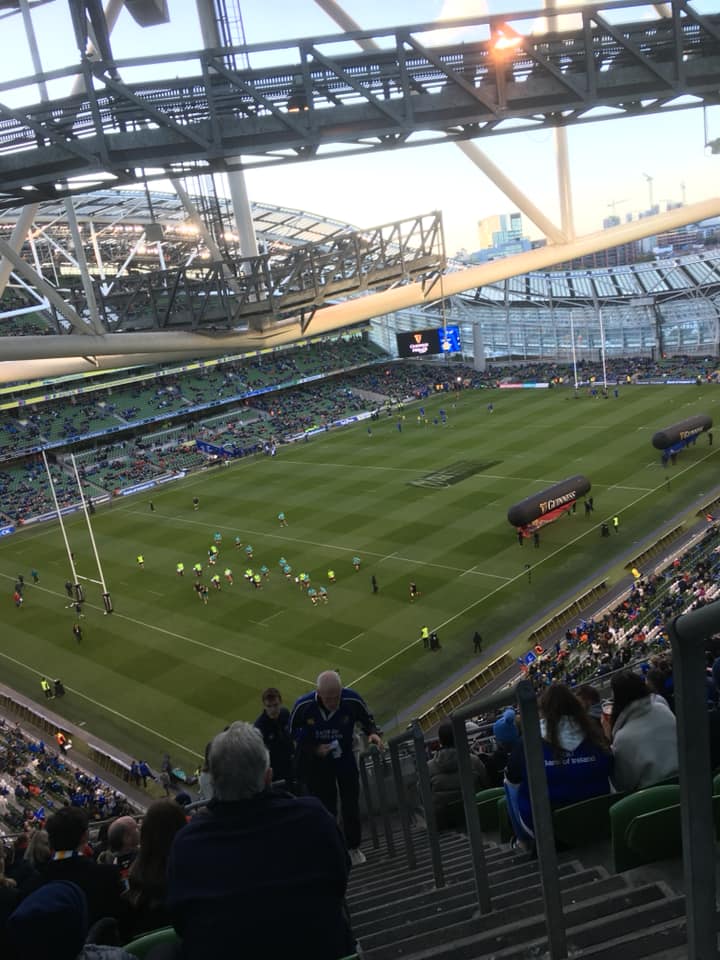 So, starting with the final score, it ended as a fairly comfortable 30-22 to Leinster. Munster did put their work in, this was their best game of the season by a long way. It shouldn’t take them an interpro game against the old enemy to get their gears moving. They were never going to win the game, but they showed up which is something that all of us want to see. They showed up and ran 366 metres compared to Leinster’s 181. Immense effort put in by the away side. They had 65% possession for 68% territory. With stats like that they should have scores in them. They did, but nowhere near enough. Munster only had to make 92 tackles (completing 79) Leinster had to make 185 and completed 167. Penalty count was 10 each, so even with all of the tackling needed from Leinster there weren’t many penalties. 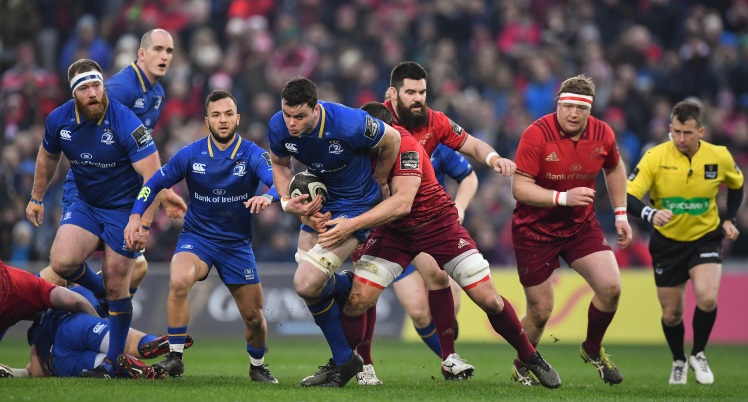 Which brings us to the first complaining of the Munster support. The referee making a lot of bad calls aimed at their side. Well the first part of that is 100% correct. The referee was awful, very bad. But, and there is always a but, Munster lived offside for big parts of the game, both sides came in off their feet to breakdowns and on the whole I think those decisions level themselves out. There were a few big decisions that affected the game. Examples being, Munster moved forward in the scrum, Stander controlling the ball at the back as the referee was shouting at him to use it. The only reason was to make the next play easier for him to call. That being the scrum would have gone down and resulted in a probably penalty try, he tried to negate that by getting the ball out quicker than Munster would have planned. But the referee is telling you what to do, so you have to do what you are told. Archer then blocked McFadden which was so stupid it would be worthy of a slap from a teammate afterwards. While Munster where in the ascendency they kept pressing the self-destruct button. Sweetnam was immense, 57 metres for 10 runs. Conway is always a threat with 72 metres off 12 runs. They got a lot of grass on their studs and threatened well until the 22 got close.

In saying that, Leinster where comfortable. Surprisingly their scrum was quiet, only having 2 all game. The lineout functioned well with 11/11 and stealing 1. Leinster won 100% of their rucks which really kept them in the game, the work was immense. One of the narratives of the game was Byrne v Carbery in the 10 jerseys with the backup jersey there for Ireland to fight for. Byrne played like the more experienced player, really ran the game well. But if we use our heads that is how it should have been, Byrne has 1 full season as a near regular for Leinster. Joey has 4 games. The picture of joey in the middle of the pitch after the game by himself was slightly heart-breaking to see. The James Lowe show kept going, another massive shift from him .11 runs for 53 metres and beating defenders with ease and scoring again. Gibson-Park also had a good game, 4 runs for 22 metres, so he was seeing gaps and backing himself. He is a different player from the start of last season. The second and back row made 89 tackles through the game, insane amount of work.

Basically, Leinster where never really in trouble because they knew that Munster wouldn’t be able to negotiate their way through the game. They didn’t have the skill or temperament (Archer being an example) to put the foot down and win in Dublin. But this is the game Munster needed going into the game against Exeter next week, Leinster also needed this kind of game before welcoming Wasps to the RDS. So in a weird way, even though the scoreboard may not agree, both teams won.

Bring on the Heineken Cup!