And so the business end of the tournament begins this weekend. For Ireland, the other old enemy arrives in Dublin to take a scalp and continue their own march to a title. For the home side the added pressure of slight misfires and injuries are mounting.

Ireland come in to this fixture top of the table. Grinding out a win in Paris in impressive fashion and putting a score on an eager Italian side that should have gotten a bonus point for their efforts while the substitutes lost their way while gaining experience.

So what will happen?

Well Furlong and Henderson didn’t make it. Their hamstrings couldn’t support the rest of them and they get a weeks rest to be ready for the Scots. In steps Andrew Porter and back comes James Ryan. Not a bad set of replacements. Looking at Ryan’s performance in Paris and Porter stepping up far earlier than planned last week leaves me feeling confident. Both are massive players for their province and well deserving of a start. Amazing for 2 young lads.

Wales bring back Biggar from injury and Halfpenny for his boot. Gatland appears to believe he can get an hour from the former and points from the latter. Ireland is aware that any penalty conceded within 60 metres has an 80% chance of being scored. Warren G has been playing the mind games already and has said that he will be aiming at Murray and Sexton. My guess is that this is not something they will go out of their way to do; they will do it if the chance arrives. What I think they will do is aim at the Irish back row. They may see Leavy as a weak link and try to chop them down all day knowing that they are the fulcrum of Irish go forward ball. 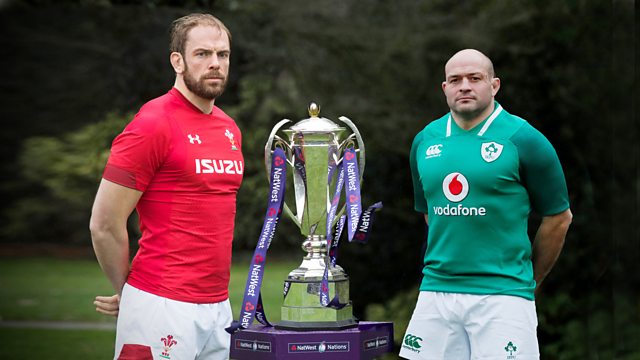 This is where Conor Murray will step in. The box kicks will be of a far less frequency and his sniping runs will be more apparent. The welsh plan of attacking the back row may open some space either side of the breakdown and that is all Murray needs. I think early box kicks will give way to these runs and Ireland will be rewarded.

Around the pitch the teams are fairly even. The last 5 games have given Ireland 1 win and there has been 1 draw. The welsh always appear to have the plan to beat Ireland, so that is why the tricks have been saved by Joe for this and the next 2 games.

Speaking of Joe, I am enjoying his pricklier side recently. He is like a teacher who is close to retirement and who doesn’t mind scolding the student who isn’t doing his work that is how he is treating the press. In fairness, maybe he was too nice beforehand and the Irish press appear to have a more antagonistic approach to questions now which is rarely a good idea.

Gatland has a lot of history coming into this game. His 100th game in charge of wales, playing in Dublin against the team who he feels did him wrong. Hard to argue with all of that. He will be obvious in his game plan, chop down the back row and go wide to another apparent Irish weakness. Biggar being brought in to play for the chip over the Irish defensive line is an interesting move. We all know the plan, but will they be able to execute. Everyone knew Tyson wanted to right hook the body then right uppercut, but he still cracked people with it.

Ireland need to show the performance that has been threatened but not quite delivered so far. They have the team to win. They need this win more than wales. Wales are missing players and have always had the ability to turn it on when it counts. Ireland needs to make the optimal output a daily routine. The Italian game was more worrying than it should have been. Aside from the first Italian try there should not have been any other visiting score on the board. Do the starters have the trust in the bench after the game? Does Joe? He has made changes and it appears to all be in sink. This is the big test.

If Ireland comes through this, and I think they will by a score, then the championship is on. I thought coming into the tournament that every team would lose one, but Ireland have a slam in them.

Either way it will be a great game!