Brought to you by The Couch Pundit Podcast

Changing tack slightly and moving away from the oval ball game into the cage and into the world of Conor McGregor. The man who is the most bankable star in the history of the young sport. The man who has brought the sport further into the main stream and has made more money than he could have ever imagined.

He is the current 2 weight champion in the UFC. A feat never done before, he has sold more pay per views than any other MMA fighter; he has a more diversified financial portfolio than any other fighter and is now on the Forbes rich list. All in 5 years. You know the inspirational story, you have read the headlines. But let’s look at the sport.

So will it be MMA next? Or boxing? Or both? Will someone give him an ownership stake or will he start running his own shows?

Let’s look at the options open to him.

Firstly, he can literally do anything he wants to do. He can make his own 10 million dollar film about his life if he wants. But looking at mixed martial arts first he has 2 contenders at 155lbs. Assuming (which we should never do of course) that he stays at the healthier weight and doesn’t drop back to 145lb to defend that belt. Khabib Nurmagomedov has just put himself in pole position for the next McGregor fight should it happen in the octagon. Tony Ferguson is the interim champion at the moment but the money isn’t in the unification bout as of yet. Khabib has been calling out Conor for a long time. If he didn’t have weight problems previously the fight may have happened before the Mayweather fight. If that had happened then, the Conor we have now would be slightly different. He may have made tens of millions for that fight instead of the hundreds of millions for the boxing.

Looking at the fight itself, it is quite simple to breakdown and I think this is a massive part of its appeal for the non-hard-core MMA fans. Khabib is a beast of a wrestler from the depths of Dagestan. If he gets you onto to the ground, you will not get up until he lets you up. That is just the way it is. McGregor is from Crumlin and has laser focused striking and an ability to read his opponents next 4 moves and react almost before they happen. Both are great to watch because we know what they will try. The story here is, can Khabib get his hands on an elusive McGregor, if he does, can he keep him there. He holds his stance quite open, so will this allow McGregor to check his chin early? He can take a punch, but can he take a McG punch?

Tony Ferguson is no cake walk either. If McGregor wants back in the cage he has 2 savages waiting for him. Would you rather talk and spend money instead of the 6am roadwork and being kicked in the face??

The other option open to Conor is boxing. He showed skills that few expected in the fight against TBE. The result of the fight is not in dispute but the way Conor fought was fantastic. He changed the game in terms of how boxers move. Because he wasn’t embarrassed (or anything like it) he can now pick any top boxer for his next fight. He can make massive money again and fight every other year. It is an interesting prospect. He can have McGregor promotions from and centre and keep his competitive fires burning every other year. Manny has challenged him as has Oscar De La Hoya. Both great boxers in their time, but their times have passed. They would help Conor get the payday he is now demanding. 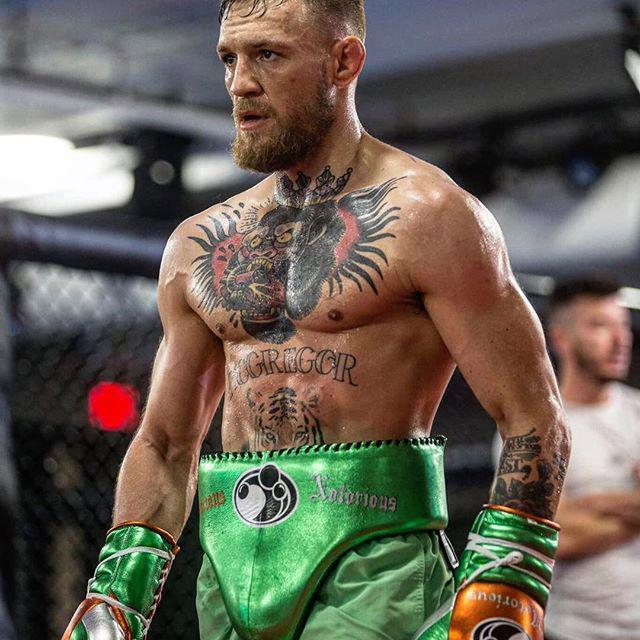 The extra to this is the ownership stake we mentioned above. Zuffa boxing has been created by Dana White with help from the new UFC owners WME-IMG. Why do I mention this? Well because I think the way it will all go is that Conor will be given ownership in THIS venture and not the UFC. I think Conor may go from MMA to boxing for the above mentioned names and then buy an island to live with his family. It is the only way to serve all of the masters. He gets his ownership, he gets to promote his own promotion company/any other ventures he has and he gets to compete. All of which is important to him. It is the one thing that makes sense. He has been champion in other organisations but rarely defends the belt; it is all about the winning with Conor. Boxing is his next competition to win.

This is all coming from someone who will never see a number near what McGregor has in the bank, I don’t begrudge him at all for it. ¾ of his story is massively inspirational for all of us mere mortals working from week to week to pay bills. But boxing appears to be the one thing that ticks all the boxes, while keeping him generating money for himself and the UFC/WME-IMG. If he has the 2 boxing matches and retires, it means that in 2 divisions in the UFC he was champion and never beaten for the titles.

Imagine the verbal mileage he will get out of that.