2012/13 proved to be an interesting season for Leinster, a mixed start that lead to ultimate success, the season can be noted as much for moves off the field as on it.

Start of Season Expectations: After winning the Heineken Cup for the third time in 2011/12. Expectations for 202/13 would have been high despite the loss to the Ospreys in the final of the 2011/12 RaboPro 12 final. A difficult group draw that once again featured Clermont and the unknown Exeter, Leinster fans would have been hopeful for a strong run to the latter stages in 2012/13. That said, Leinster supporters would have been aware that it was only a matter of time before Clermont would end their awful run against Irish teams. Domestically there would have been a determination to perform consistently and make up for the three previous years of defeats in the final.

Overall Form: There was a shaky start to the season with a series of mixed results primarily due to the absence of some key players due to injuries and the IRFU Player Welfare programme. The first half of the season was marked by an inconsistency in form that was evident in the Heineken Cup and RaboPro 12. While Leinster improved in the New Year, they were always going to need luck to progress to the Quarter Final stages of the Heineken Cup after the defeats to Clermont in December 2012. In the RaboPro 12 the teams overall quality and solid form saw them only lose one game (to Ulster) between January and May. This form undoubtedly played a part in their strong showing and ultimate victory in the Amlin Cup final. While it is fair to say that they would have been tipped as one of the favourites to lift the cup, they comprehensively disposed of Wasps, Biarritz and then Stade Francais in the final. The fact that the smallest winning margin of all three games was 20 points (versus Wasps) underlines the gulf in class. In terms of the RaboPro 12 a tough semi-final against Glasgow set the scene for the final against Ulster, a game that Leinster fans would have been more nervous about then the Amlin final. A hard fought game, in the end Leinster prevailed and laid to rest the Rabo demons of old. 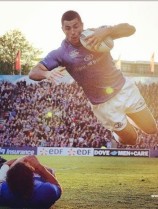 Highlights: Realistically the first part of the season should be disregarded. On the field, the back to back victories against Munster should be highlighted and although the Amlin is a second tier competition, Leinster fronted up and got the job done. Overall the double was a nice way to end a mixed season which was noted as much for activity off the field as on it. The continued emergence and development of academy players combined with the strength of depth in the squad was particularly pleasing. On this note, the form and overall attitude of Ian Madigan should be commended. Under severe pressure to not only fill in for Sexton while he was injured, he had to prove that he was the right man to replace him next season. Madigan justifiably finished the season as the highest RaboPro12 points scorer and the second highest marksman (behind Ruan Pienaar), and also showed his versatility with some excellent performances at 12. His overall development may prove to be one of the most significant highlights of the 2012/13 season. The recruitment of Mike McCarthy was a positive and Zane Kirchner may be a shrewd move. Devon Toner deserves a special mention, a player that has at times suffered because of his height he stood up and was counted when it mattered.

Lowlights: There were a few. The first half of the season which began with heavy defeats to Scarlets and Connacht set the tone for what would be a challenging few months. While Leinster fought bravely, they were overpowered by a superb Clermont team back to back in December. Not making the Quarter Finals of the Heineken Cup is an obvious one.

Off the field, there were a few with the departures of Henke Van Der Merwe, Andrew Conway, Jamie Hagan and most notably Isa Nacewa, Jonathann Sexton and Joe Schmidt. The nature of Sextons departure in so far as it is clear he did not want to leave and the subsequent media commentary was a particular disappointment, but it is a feature of the professional game. While Leinster’s loss is Ireland gain, it is with a heavy heart that Leister fans will bid Joe Schmidt farewell. 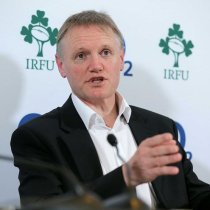 Final Verdict – Success or Failure?: On field the season was a success overall however had Leinster made it through to the knock out stages of the Heineken Cup they would have fancied themselves to win the competition. Despite the missed opportunity the players have a right to be proud of their accomplishments in what was a challenging season. Despite these successes the loss of key personnel will leave supporters with mixed feelings concerning 2012/13.

Any comments etc. feel free to connect on Twitter on @dbkinch or via the comments section below.