Here in the TDC cave we drew straws to decide what team we would be talking about at the end of the season. I drew Munster and Ulster. I am convinced that Dave had the draw rigged. He distracted me with a life sized dummy of Brian O’Driscoll.

I am quite sad that the season is over, this was a great one. All of the Irish teams played well. The top two (Leinster and Ulster) played well in the business end of the season and fought to the death in the rabo final. Connacht showed more consistency than last year and Munster…. 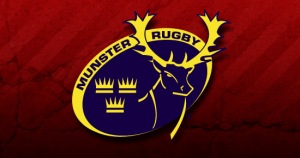 Munster started off with a new coach, an ageing squad and unproven younger players. They started with 3 wins in the opening 5 games, losing to Ospreys and Ulster. Their league form was patchy after that until the Heineken cup pool games started. A loss to Racing got their heads in gear. Talks of how Penny wanted them to play versus how they wanted to play took up most of the tweets from the red province. The fact was, they were just not up to scratch. They looked rudderless. Losing Paul O’Connell didn’t help this, but there were still leaders on the pitch that where just not doing the job. It looked like a mid table season with no chance in the cup competitions for the red men.

The home Heineken cup pool game against Racing which resulted in a 29-6 win started to get the wheels turning. The style of play was starting to become a mix of old school Munster and new school Penny. People where getting positive, but then they were beaten by Treviso. Twitter went bananas. The red army wanted Penny out; they wanted to go back to the proven Munster play. The results after the loss to Treviso didn’t stop this chatter, until the Heineken cup quarter final against Conor O’Shea’s Harlequins.

Everyone thought that this would be a drubbing by the English side that had been playing very well up to that point in the Aviva premiership.

Then it happened. Paul O’Connell of 2009 showed up and bossed the match. He put the fear of god into the whole Harlequins team. It really was fantastic to watch. He played like the O’Connell that the Munster fans shout about when they have had too much buckfast. The image of him holding his arms up and the team surrounding him was a top 3 image of the season. This was the lighting in a bottle game for Munster. Penny’s way of playing was mixed perfectly with how the older players wanted to play. Harlequins where never at the races, they looked like scared little children in the lions cage.

They followed this up with a really good performance against Leinster. They lost to the better team (can’t resist getting a dig in can I?) but there was a huge amount to be positive about.

Then it was a trip to France to play Clermont. The favorites for the cup after vanquishing Leinster in the group stages. Munster where beaten and battered in that first half. In fairness to them, they never broke. They absorbed the beating and the longer the game went, the more Clermont got scared. I think this performance sets up Munster for next year. The game plan looked like it made sense to the players; the younger lads stepped up and ended the year looking like veterans. They did lost to Clermont, but I think in hindsight, they won the game for Toulon in the final. Toulon knew if they survived, they could scare Clermont. This was because of what Munster did.

As much as it pains me to say, I think Munster is in the best position for next season. They started off badly with a seemingly lack of wanting to play a new game style. Then it all clicked. They younger players like Zebo, Sherry, O’Mahony and Murray (along with others) stepped up and became men. Losing O’Gara is a blow, but O’Connell is still there to lead. You can see that they believe in what they are doing. They know they can scare the best teams in Europe. Next season, they will be in the playoffs for the rabo, no team would want to play them in a semi final / final situation.